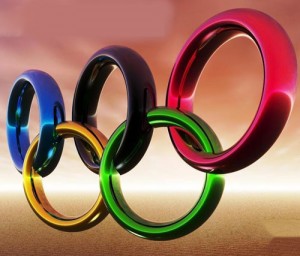 Just as Britain’s retailers recover from being told what they already knew – that the economy is in double dip recession – another prospect looms this summer; the curse of the major sporting event.

In the past, some of national teams’ exploits have been known to clear the High Streets of everyone other than those hunting for cheap booze and barbecues.  And this year has the potential to be even worse with the prospect of England in the Euro 2012 and the Olympics on home soil.

Our answer?  Embrace the events and use them to draw customers in.  Let’s face it, there’s always a reason for people not to spend money, whether it be the economy, taxes, petrol prices or the weather.  So why not give your customers the perfect opportunity to engage with their favourite sport AND spend some money?

Themed events, competitions, and promotions can all create the right environment to remind people that the world doesn’t stop when the football starts. And the Olympics will undoubtedly give the UK a feel good factor that’s been sorely missed over the last few years.

With email, text and social media it’s never been easier to invite your customers to your ‘Olympic Discount Event’.  And if your core target market is sportphobic, invite them to a Footy-Free Zone and offer special discounts to people who hate Football.

Blueye Media can help you organise your event and provide the collateral to make it work with everything from invitations, posters and adverts to website updates, social media training and press releases.

The Blueye photoshoot at ‘Big Cheese’ in Wirral was a roaring success on Friday, many thanks to Steve and Hedda for the brilliant shots… can’t wait to get my hands on them… watch this space.

X-Factor – marketing at its very best.

Another year, another X-Factor winner. We all love it/hate it but what we can’t escape is the fact that we all watch it, talk about it, have an opinion on it and, for some of us, spend money on it.

So what is it about X-Factor that makes the last four months of our year so involved?

We all love to see the contestants’ auditions – they’re funny, irritating and make for great TV, and let’s be honest, we all love laughing at someone else’s expense. The new judging panel was awaited with immense anticipation and received favourably – just as Mr. Cowell knew it would be (clever, clever guy, although just a little too smug to be completely likeable). Tulisa, Kelly, Gary and Louis – all becoming more ‘glam’ as the show unfolds – even Louis with his new teeth, hair and Botox. Love him or hate Louis Walsh, if he wasn’t there, we’d miss him. (Simon also knows this or he’d have been wheeled away in his bath chair years ago – clever, clever guy).

And then there’s the phone-in, text-in, vote with your red button-in – how much money!!!? Clever Guy! Mix this all up with the controversy, the ‘go out and get more hammered than Oliver Read in a distillery’ Frankie Cocoza and the sheer brilliance of Caroline Flack and Olly Murs presenting the Xtra Factor and you’ve got the Nation eating out of your hand. Or in Cowell’s case crossing his palms with gold.

All this in a recession? Clever, clever guy! Let me put this into context – how many ads do we see on TV these days pleading with us to donate just £2 to save a snow leopard, a child in Africa, to help the NSPCC? My guess is that not enough people pick up the phone. But show us Johnny Robinson and we’ll spend a ridiculous amount of money to keep him wailing for another week.

So what’s my point?

Well, I’m not saying it’s difficult for Simon Cowell to spend money (although he did hold back on the Finalists’ duets this year) but his strategy is as faultless as a Leona Lewis top C. He spends money in a recession and gets people spending and buying into the whole X-Factor machine. And he doesn’t stop. The advertising for X-Factor Live hit our screens weeks before the show finished. And the Xtra Factor continues until Christmas. And what is astonishing, Goldie (Chinese mental woman – remember her, she made another appearance on Final night) was Number 1 trending topic – Worldwide – on Twitter. So you see, he even makes money out of complete rubbish – so we’re all in with a shout!

Everything is planned beautifully beforehand and runs smoother than Dermott O’Leary bathed in baby oil (sorry, just a fantasy). True, we may not have the bank balance of Mr. Cowell, but he wasn’t always wealthy. He uses marketing to great advantage, he knows that if no-one knew about X-Factor, then Strictly Come Dancing would walk all over it, that his blockbuster Red or Black wouldn’t have even been thought about and that X-Factor USA wouldn’t have ever made it on the plane.

In short, you need to spend as much as you can on your marketing in these hard times.

Create the hype, create the money. Create the X-Factor for your brand.

Is there truly a Sale worth going to, or is it just a load of old rubbish we’re buying coz it’s cheap?

It’s that time of year when everyone is going mental in Primark, John Lewis and, due to the current economic climate, Bargain Booze and the local Cash Converters. It’s like the recession never happened. But I suppose this is the time of year when the nation has a good excuse to spend the little money available to purchase the must-haves for this Christmas.

But how are our British retailers enticing shoppers this year? Surely we can’t be spending the way we did back in 2008 before the manure hit the air con? The obligatory January Sales will still be happening (with crazy people setting their alarms for 4am on the 26th December just to be first in the queue at Next) – ‘Half Price everything you never needed before but do now’ sort of messages emblazoned on our TV screens from Christmas Day onwards. But what about the run-up to Christmas, how is that working out?

The January Sales, I fear, will be playing second fiddle to the December Sales this year. And why not, after all, our Christmas prezzies have always been over-priced, the proof of which is sickeningly apparent on January 1st when we see our child’s £500 bike down to £200! (Don’t get me wrong, I believe retailers should be able to make a profit – just not a killing at my expense).

So the real prices have had to make an appearance early this year to attract likely shoppers. Because although we all have to spend at this time of year, we’re also not so gullible (or indeed able) to spend top whack on each other. So these prices have been brought to us ‘cloaked’ in the guise of a Sale, a ‘knock-down’ price, unbeatable value, best ever deal, buy one get one free…you get the picture.

But there is one retailer this year that has embraced the real offer culture. Who has made no bones about the fact that, ordinarily, the product is expensive throughout the year. But to ensure the customer gets a great deal in December, they have cut profits and bulk purchased at a discounted rate to pass on the savings to its customers.

CJ Automotive Group is that retailer. An award-winning motor dealer selling Volkswagen, Škoda, Nissan and Honda to the people of the North West. It seems a simple strategy; buy-in a stack of Volkswagens for £7,000 instead of £10,000 each and sell them for near enough the same price instead of £15,000 (or something along those lines).

The CJ Automotive Great British Car Sale is only on for the month of December so why don’t all retailers do this?

After all, they’ve done it anyway this year. And even if the economy goes through the roof next year, The Great British Car Sale will happen again in all its transparent glory.

For myself, the offers are pretty good and you should check them out if you’re after a new car (this is obviously up to you, I’m not brainwashing anyone), the website is thegreatbritishcarsale.co.uk (if you’re a traditionalist you can add the www. prefix).

Be quick though, there are loads of cars but they’re going fast (not literally as that would be condoning speed and that’s illegal!). Stampedes optional, but pepper spray is definitely not allowed!